A small section with a big impact: since 10 December 2017, the new route of the number 8 tram line via Hardbrücke has linked Hardplatz with Escher-Wyss-Platz, offering a good connection between the Hardbrücke S-Bahn station and the city tram network.

The extension of the number 8 tram line from Hardplatz along the Hardbrücke overpass to the Hardbrücke railway station and on towards Escher-Wyss-Platz and the Hardturm stop was completed by the end of 2017. As a result, Zurich West and Hardturmstrasse are now directly connected with Stauffacher and Paradeplatz. The new connection offers better transfer options between the S-Bahn and the city tram network, leading to shorter transport times. It also relieves traffic from the tram lines around the main railway station.

The Hardbrücke S-Bahn station is one of the most important transport hubs in the city for commuters. Thanks to Zurich West's dynamic residential development and the general growth in commuter traffic, the number of daily transport users at the station will rise from 55,000 people per day in a long term. The new number 8 tram line route, which connects the Hardbrücke railway station with the tram network, supplements the existing number 33, 72 and 83 buses. The SBB has modernised the station and added additional stairways.

Private vehicle transport will continue as usual. Thanks to combined bus and tram lanes, the Hardbrücke overpass still has the same number of lanes for private commuters as there were prior to the construction of the new tram route. Optimal coordination of the traffic light systems enables drivers to enjoy excellent traffic flow with minimal waiting times. Traffic management has been reorganised at the Pfingstweidstrasse/Hardstrasse intersection. 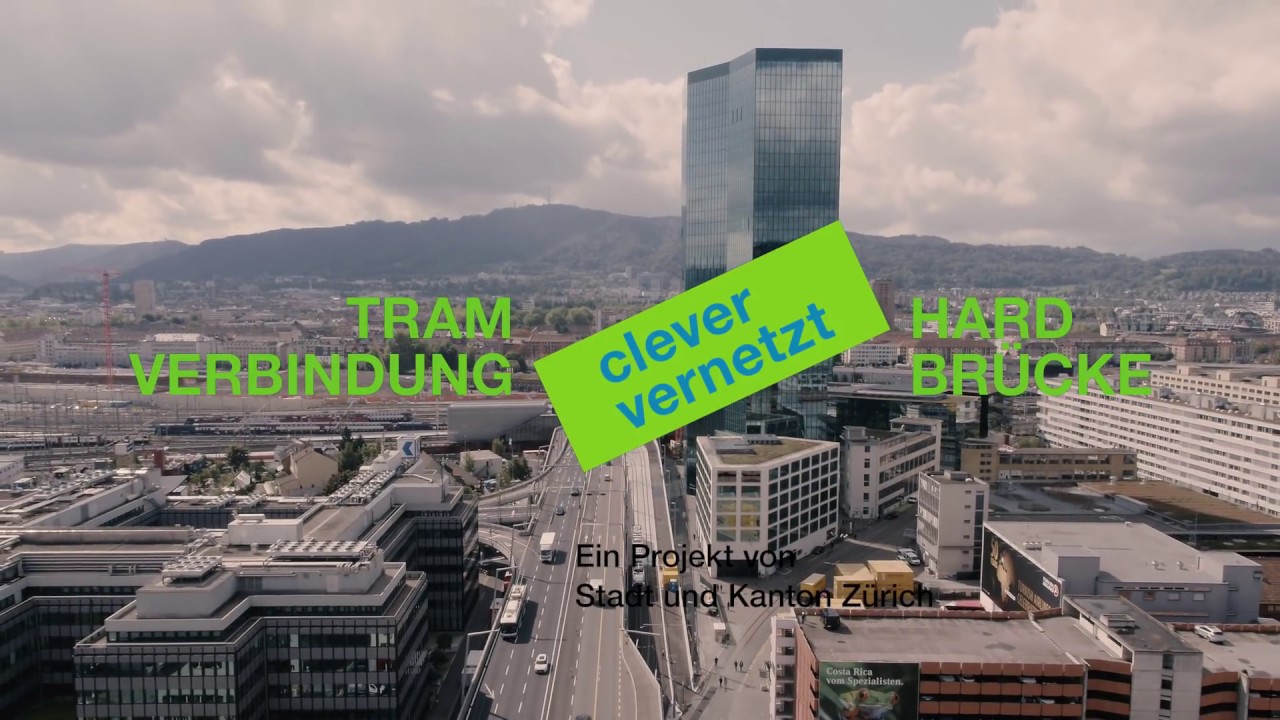 The overall costs for the Hardbrücke tram connection amounted to approximately CHF 130 million. The canton of Zurich financed the majority of the project with CHF 76 million. The federal government contributed another CHF 45 million as part of its traffic programme, and the city of Zurich CHF 8 million. The city also contributed CHF 7 million for site management and commercial spaces.

The Hardbrücke tram connection is a joint project by the city and canton of Zurich. The overall project management comprises the transport services and the Civil Engineering Office of the city of Zurich, as well as the ZVV and the Office of Transport of the Department of Economic Affairs of the canton of Zurich. Construction management was handed over to the city of Zurich’s Civil Engineering Office.