During the Street Parade, hundreds of thousands of electro and techno fans dance and celebrate all along the Zurich shoreline. If you don’t let yourself become immersed in the happy and lively atmosphere, you only have yourself to blame.

At 1 p.m. on the dot, the DJs on the Street Parade stages crank up the volume and the party warm up begins. Then at around 2.30 p.m., 30 or so “Love Mobiles” start to make their way along the 2.4-km-long stretch between Seefeld and Hafen Enge. The trucks travel at a leisurely pace in amongst the dancing crowds.

Techno and house rhythms boom from the various stages along the parade route, where people dance in the streets and squares up until midnight.

Then the party moves on to Zurich’s clubs until the early hours of the morning.

S-Bahns and buses operate in the Zurich region until 4 a.m. Many special event trains will also be operating to the street parade and back.

Zurich main station, Zurich Stadelhofen, Zurich Enge and Zurich Wollishofen are all within walking distance of the parade route. During the street parade, various tram and bus lines will be diverted in the city centre. 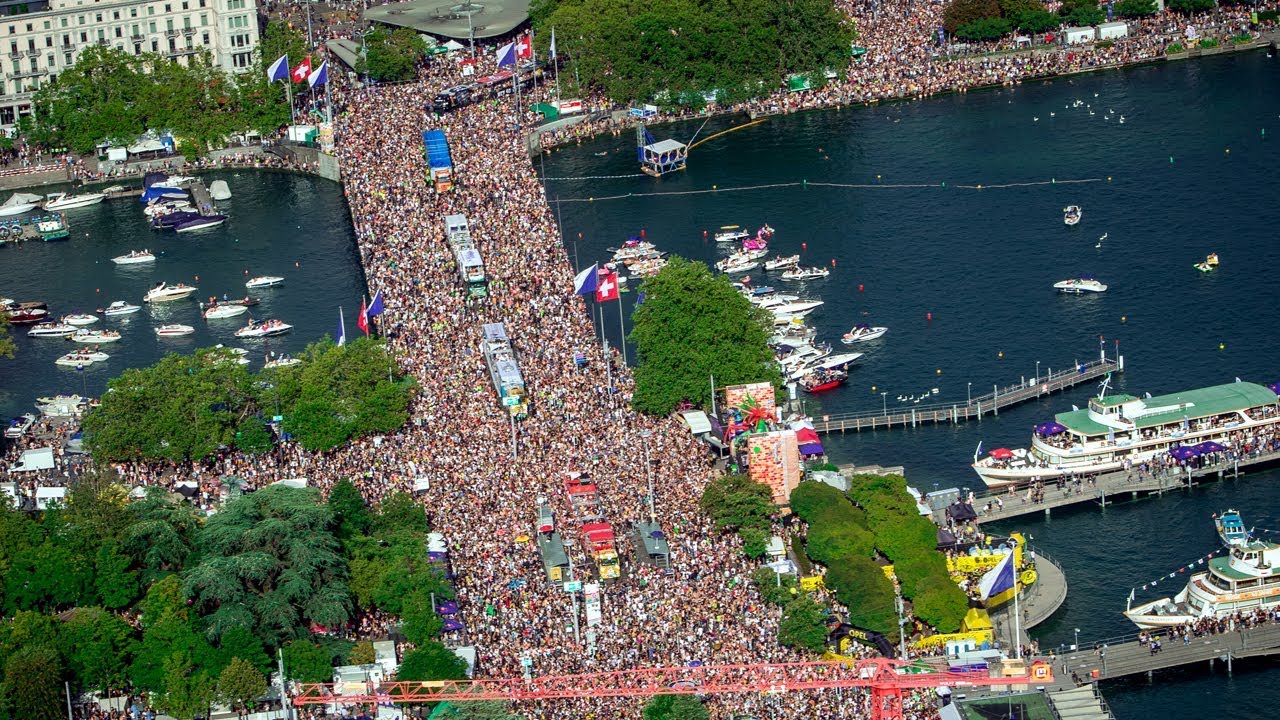